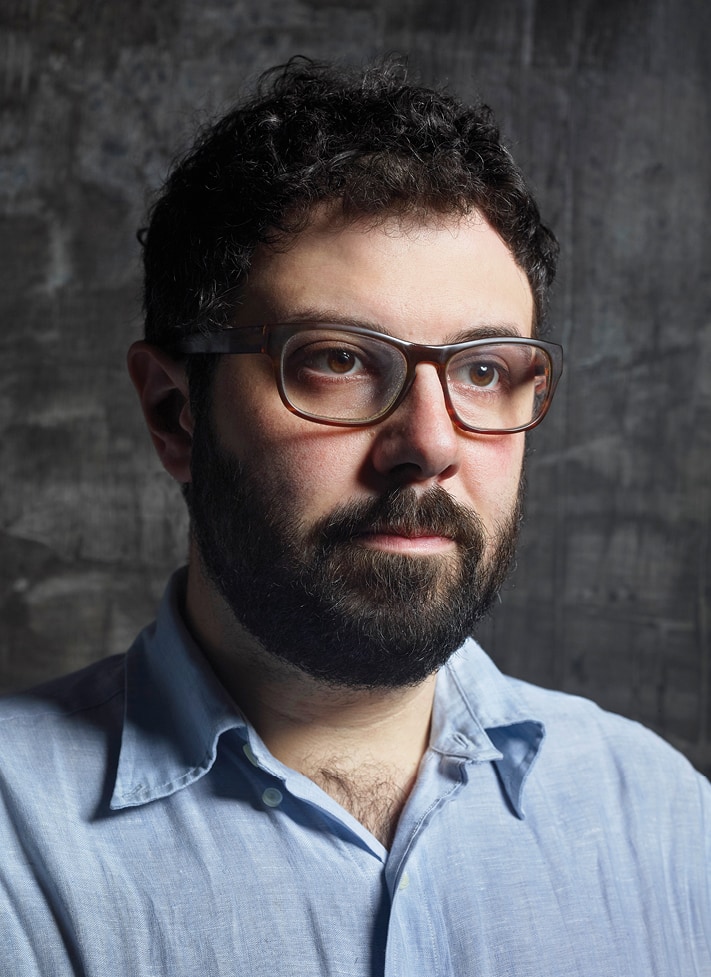 Christopher Cerrone (b. 1984) is internationally acclaimed for compositions characterized by a subtle handling of timbre and resonance, a deep literary fluency, and a flair for multimedia collaborations. Balancing lushness and austerity, immersive textures and telling details, dramatic impact, and interiority, Cerrone’s multi-GRAMMY-nominated music is utterly compelling and uniquely his own.

Cerrone’s recent opera, In a Grove (libretto by Stephanie Fleischmann), jointly produced by LA Opera and Pittsburgh Opera, was called “stunning” (Opera News) and “outstanding” (Pittsburgh Post-Gazette) in its sold-out premiere run in March 2022. Other recent projects include A Body, Moving, a brass concerto for the Cincinnati Symphony; Breaks and Breaks, a violin concerto for Jennifer Koh and the Detroit Symphony; The Insects Became Magnetic, an orchestral work with electronics for the Los Angeles Philharmonic; The Air Suspended, a piano concerto for Shai Wosner; and Meander, Spiral, Explode, a percussion quartet concerto co-commissioned by Third Coast Percussion, the Chicago Civic Orchestra of the Chicago Symphony and the Britt Festival.

Upcoming projects include The Year of Silence, based on the story of the same name by Kevin Brockmeier, for the Louisville Symphony and baritone Dashon Burton; Beaufort Scales, an oratorio for voices, electronics, and video commissioned by Lorelei Ensemble; and Nervous Systems, a new clarinet quintet that will be toured throughout the US and Australia.

Cerrone’s first opera, Invisible Cities, a 2014 Pulitzer Prize finalist, was praised by the Los Angeles Times as “A delicate and beautiful opera…[which] could be, and should be, done anywhere.” Invisible Cities received its fully-staged world premiere in a wildly popular production by The Industry, directed by Yuval Sharon, in Los Angeles’ Union Station. Both the film and opera are available as CDs, DVDs, and digital downloads. In July 2019, New Amsterdam Records released his GRAMMY-nominated sophomore effort, The Pieces that Fall to Earth, a collaboration with the LA-based chamber orchestra, Wild Up, to widespread acclaim. His most recent release, The Arching Path (In a Circle Records), features performances by Timo Andres, Ian Rosenbaum, Lindsay Kesselman, and Mingzhe Wang and was nominated for a 2022 GRAMMY. Cerrone is the winner of the 2015-2016 Samuel Barber Rome Prize in Music Composition and is currently a fellow at the Laurenz Haus Foundation in Basel, Switzerland in 2022–2023.